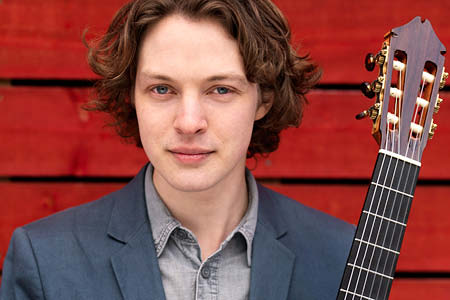 Born in Adelaide to a Russian family, and winner of top international competitions including both the ARD Competition in Germany and the Guitar Foundation of America Competition in 2017, Andrey comes to Leamington for the first time, bringing an evening of Spanish musical flavours amongst works of art from Spain, served with Paella and Cava included in the ticket.