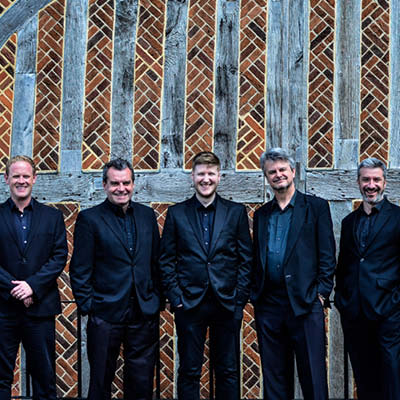 Founded by conductor Andrew Kirkman in 1995, The Binchois Consort have performed widely in Europe and the USA, and recorded thirteen discs on Hyperion Records to stunning critical acclaim. The Consort’s recordings have won numerous music industry awards, including Recording of the Month and Early Music Disc of the Year in Gramophone, and Diapason d’Or in Diapason.

In recent years pieces accepted as being by Josquin have been falling like dominoes, yet Josquin’s reputation – the reason we still care about him today – was built on a very broad range of music.

This programme shines a light on pieces both by Josquin and attributed to him, to celebrate his centenary year. It offers a powerful insight into some of his grandest works and those now attributed to others, but were once considered so great they could only have been composed by the master himself.