Ex Cathedra returns with a programme of sublime music telling of the sacrifice, heartbreak and healing of the Easter story – heartrending as Mary weeps at the foot of the cross to Scarlatti’s Stabat Mater but concludes with optimism in Bach’s glorious motet Komm, Jesu, komm.

Josquin’s Legacy – The Court at Ferrara

Song of Songs | Lamentations and Deplorations

The Gesualdo Six scored an immediate hit with the Warwick audience and, now back for the fourth time, will transport us to a famed renaissance court in northern Italy, through which Josquin and other Franco-Flemish composers passed.

The rising German recorder star, selected by the Young Concert Artists Trust joins The Cedar Consort to play works that Telemann had printed in a subscription deal that he launched in 1721.

“A charismatic virtuoso” – The Times 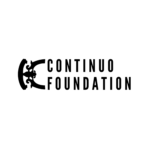 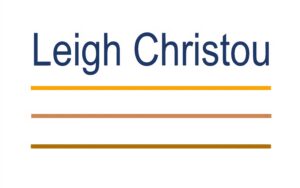 A programme of Consorts and Fantazies to celebrate Matthew Locke at 400, his genius pupil Henry Purcell, and other stars of the Seventeenth Century. Fretwork, the leading British viol consort, returns to Warwick for the first time since 2013 to remind us of this golden age.

“The finest viol consort on the planet…” – The Evening Standard

Why do I use my paper, ink and pen?

The Marian Consort – the young, dynamic group that made its BBC Proms debut last year and whose most recent CD release was chosen as one of Presto Music’s 2021 Recordings of the Year – comes to Warwick for the first time, bringing a programme that explores sacred vocal polyphony found in the beautiful handwritten manuscripts that were the preserve of Elizabethan music collectors.

Milan around 1600 was at the centre of a musical revolution, with performers and composers like Rognoni, Cima and Bovicelli and nuns like Caterina Assandra excelling.

With the emergence of a virtuoso violin school, together with publication of some of the first instrumental music polarizing treble and bass instruments – violin and violone, cornetto and bass trombone – and a tradition of virtuoso singing both in the cathedral and in the convents, musical Milan was the place to be.

This is a programme to celebrate one of the most exciting and revolutionary periods in music history.

Since their second visit to Warwick in October 2019, the Six have toured Australia and the States and been to several countries on the continent. They return with a programme of glorious music from renaissance England by Byrd, Forrest, Power, Sheryngham, Sheppard, Tallis, Tomkins, Weelkes and White that shows that, despite the religious and political upheavals, music in England flourished in a Golden Age lasting nearly two hundred years.