Championing Music in Our Community

Leamington Music was launched in July 2006, and aims to maintain Leamington and district as a musical centre dedicated to promoting excellent music.

Leamington Music started its seventeenth Winter Season on 4 October, and will be putting on some twenty concerts going into late March. The formula that has evolved over the years consists of a monthly series of string quartets in the Royal Pump Rooms in Leamington and of early music in St Mary’s Church in Warwick, plus a range of musical genres, using half a dozen different venues in the towns. 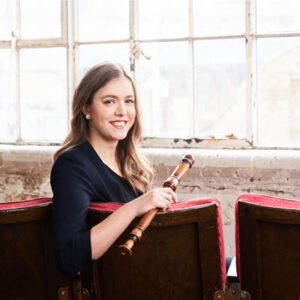 The Early Music at St Mary’s Church Warwick series continues on Tuesday 31 January with recorder player Tabea Debus and the Cedar Consort, who are then followed by The Gesualdo Six on 28 February and Ex Cathedra on 21 March. Please note that while the church tower undergoes restoration, the main doors are blocked off; entrance for the concert is via the South Door which is on Church Street.

— We have received notification from the church that the heating is currently not working; the necessary part is on order but may not arrive in time for our concert, so please be advised to wrap up warm for the evening!! — 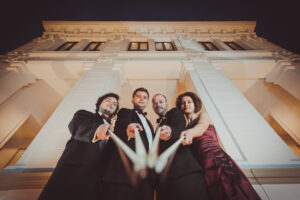 Quartet Concerts series continued on 27 January with the Piatti Quartet commemorating Holocaust Memorial Day with an incredibly moving and thought-provoking programme. Next up is the Doric Quartet on 17 February and the Arcadia Quartet from Romania on 17 March.

We are very sorry to announce that the concert which was to be given by the Félicité Piano Trio (2022 Leamington Music Prize winners) has had to be cancelled due to injury – if a new date is possible, we will announce it as soon as we can. 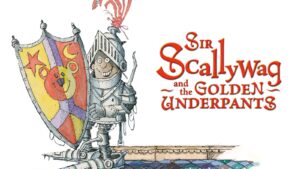 Our annual Sunday date with Ensemble 360 giving a Family Concert in the morning and a large-scale chamber music concert in the afternoon at the Royal Spa Centre will take place on 5 March, and the dates for the 2023 Leamington Music Festival are Thursday 27 April to Monday 1 May – put them in your diary now and watch this space for full details coming soon!

Music-making at an international level like this can only be put on and sustained by the generosity of our supporters and if you would like to be involved in ensuring that Leamington Music continues to flourish please join the Friends of Leamington Music or contact us directly.