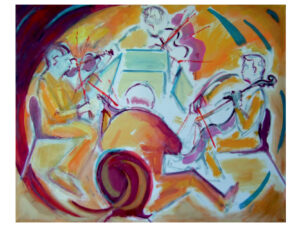 The Friends of Leamington Music have played a significant role in supporting Leamington Music concerts and the Education Programme over the last ten years, and have also contributed most of the funds for the Leamington Music Prize at the Royal Birmingham Conservatoire awarded annually since 2009.

Among the benefits, the Friends are always sent publicity first and receive priority booking for the Leamington Music Festival Weekend and the Winter Season; there are also invitations to exclusive Friends-only events throughout the year!

The Friends represent the core support that a music promoter like Leamington Music needs to ensure that it can continue to promote concerts by international artists at the level that is now expected.

Please join up, if you are not already a Friend, and express your support for what Leamington Music offers. As a registered charity, Leamington Music can recover tax through Gift Aid, which adds another 25% on top of what you pay. The Friends year runs from 1 April to 31 March and the annual subscription is £25 for a single person, £40 for a couple. Download the Membership Form 21-22 or call 01926 497000 for further details.

Exclusive Events for the Friends of Leamington Music

The first full Friends event following the lockdowns was this summer on 14 July at Norton Curlieu, when the Félicité Piano Trio, winners of the 2022 Leamington Music Prize, made their mark on a glorious summer’s evening. The Trio’s concert which is part of the Prize, to which the Friends generously contribute, is on Friday 18 November at the Kingsley School Hall, which we look forward to returning to after several years absence.

The next event is coming up very soon!

We celebrate with Howard Skempton, who has lived in Leamington for over 30 years and made a really valuable contribution to the local music scene, his 75th birthday which is on 31 October. There will be a special evening for the Friends of Leamington Music on Thursday 27 October and full details are below. The Friends have had some very successful events at 23 Binswood Avenue and the last one just before the first lockdown involved Jan Loeffler who accompanied Michael Trainor in some violin sonatas by Beethoven.

Skempton’s Brave Guy of Warwick written for this duo and Debussy’s Chansons de Bilitis with piano solos to include Granados’s Escenas Románticas.

Tickets: £15 to include refreshments and wine after the concert

Friends can book online via eventbrite by clicking here, by emailing helen@leamingtonmusic.org or calling the Leamington Music office on 01926 497000