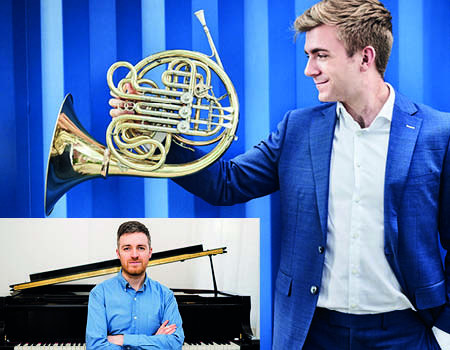 Aged only 21, Ben Goldscheider is a name to watch. He won the Brass Category and was a Concerto Finalist of the BBC Young Musician Competition in 2016, since when he has made his BBC Proms debut as well as concerto performances all over Europe. Richard Uttley won the British Contemporary Piano Competition in 2006; he has since released several recordings to critical acclaim and performed as recitalist and concerto soloist throughout the UK, Europe, Canada, and China.