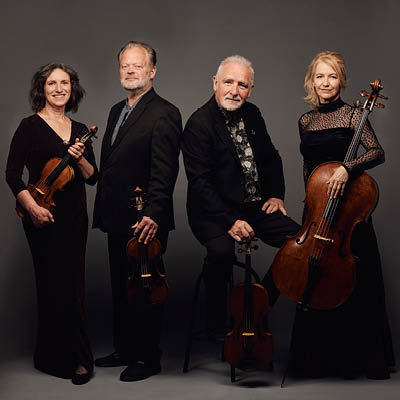 Celebrating its 50th anniversary, the Brodsky Quartet returns to Leamington playing key works by composers whose complete quartet cycles have been a feature of recent years. Borodin’s Scherzo was one of the many works specially written for a series of performances organized by a music-loving tycoon in St Petersburg that took place on Fridays. String Quartets on Fridays have been a feature of musical life first in Warwick and then in Leamington since 1988, as we start another exciting season.

6.15pm in the Conservatory | free to all advance-purchase ticket holders
Pre-concert talk on books written by Paul Cassidy and Jacqueline Thomas

“Fiercely focused, blazing with integrity, and brilliantly imagined…” – The Telegraph