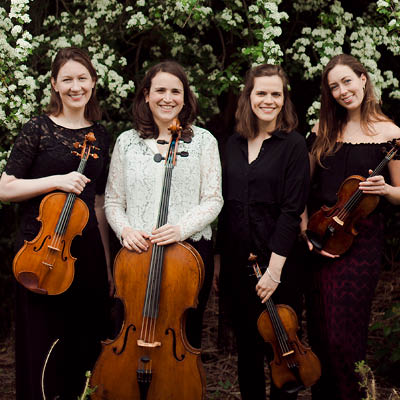 Named after Schumann’s fictional character, this young Anglo-American quartet based in London was founded in 2016. Coming to Leamington for the first time, they play Haydn’s evergreen Quartet Op 76 No 1, alongside the first of Beethoven’s legendary late quartets and Howard Skempton’s Tendrils as a tribute for his 75th birthday.

“Wit and charm abound…” – The Strad