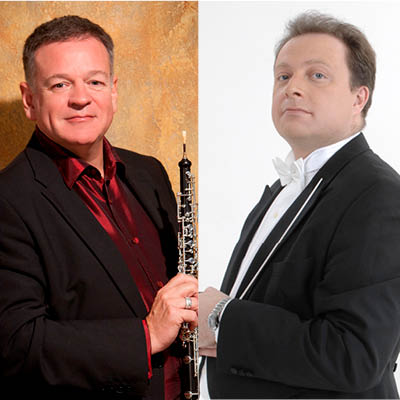 No Festival celebrating RVW’s music could be complete without his Concerto for Oboe and Strings – written in 1944 and all too often woefully overlooked. We are delighted to welcome Nicholas Daniel, the UK’s premier oboist, to shine a much-deserved light on this beautiful work in the central concert of our five-day Festival.

Associate CBSO conductor Michael Seal directs the Sinfonia of Birmingham which last appeared in the area as part of the Warwick & Leamington Midsummer Music Festival last June and is quickly gaining a reputation with our audiences for its lively and exciting performances.

A quintessential reminder of the influence on RVW’s music by his teacher, Hubert Parry, appears in the form of another rare gem – Parry’s English Suite for Strings – but it is RVW who occupies centre stage in this concert as we take advantage of having a full symphony orchestra in our Festival for one night only!

Festival Saver Ticket in best seats available for all concerts: Pay £160 and save £49